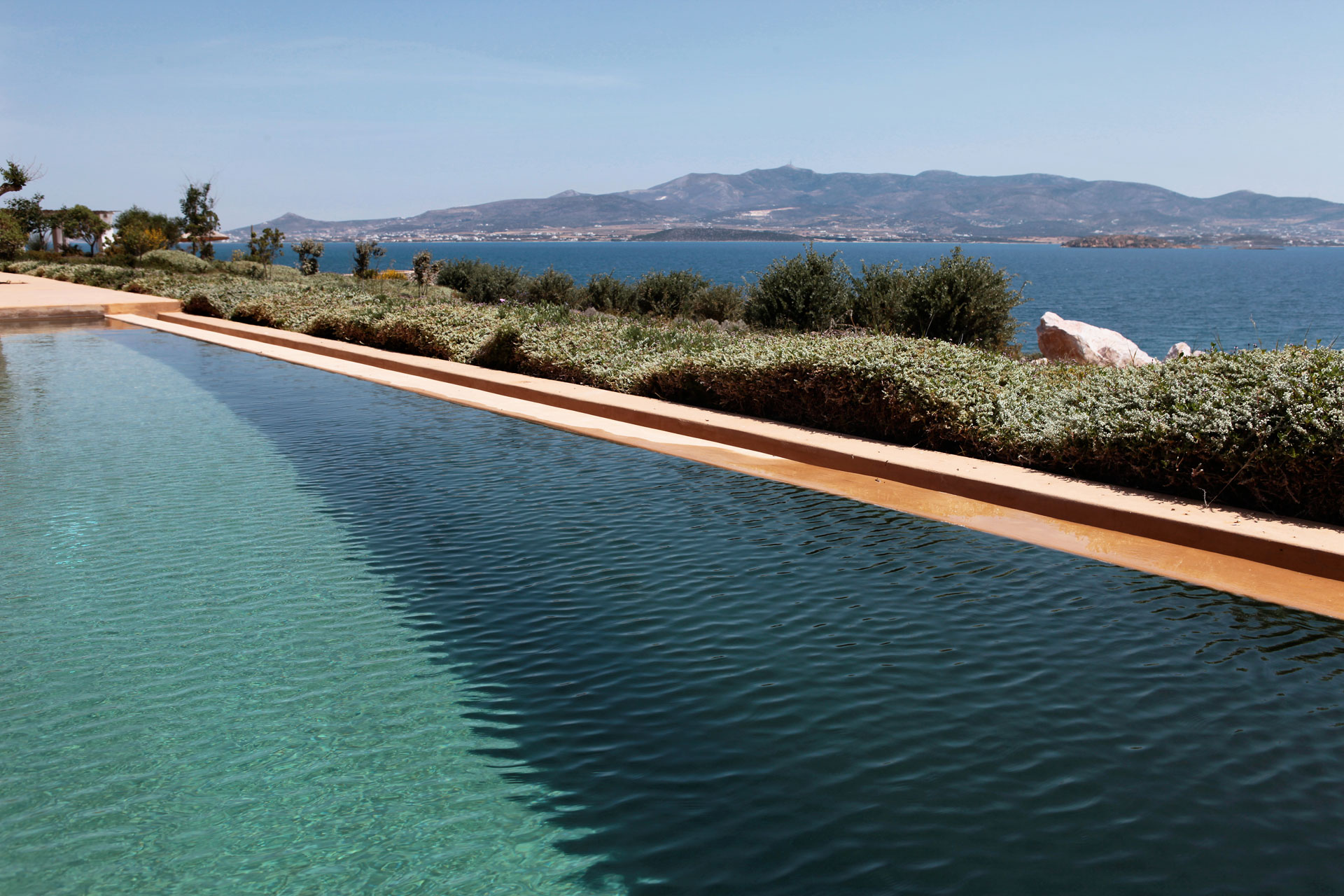 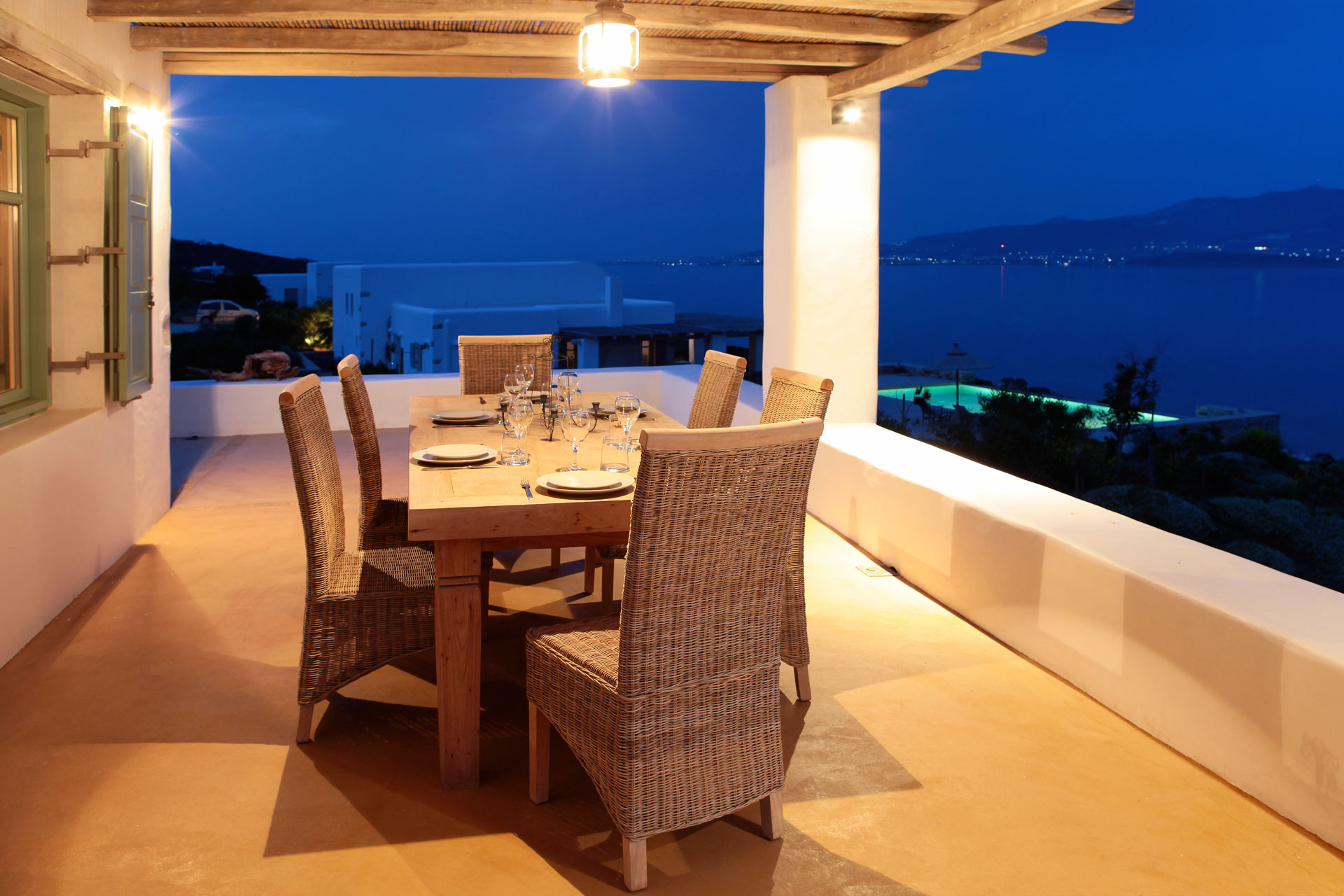 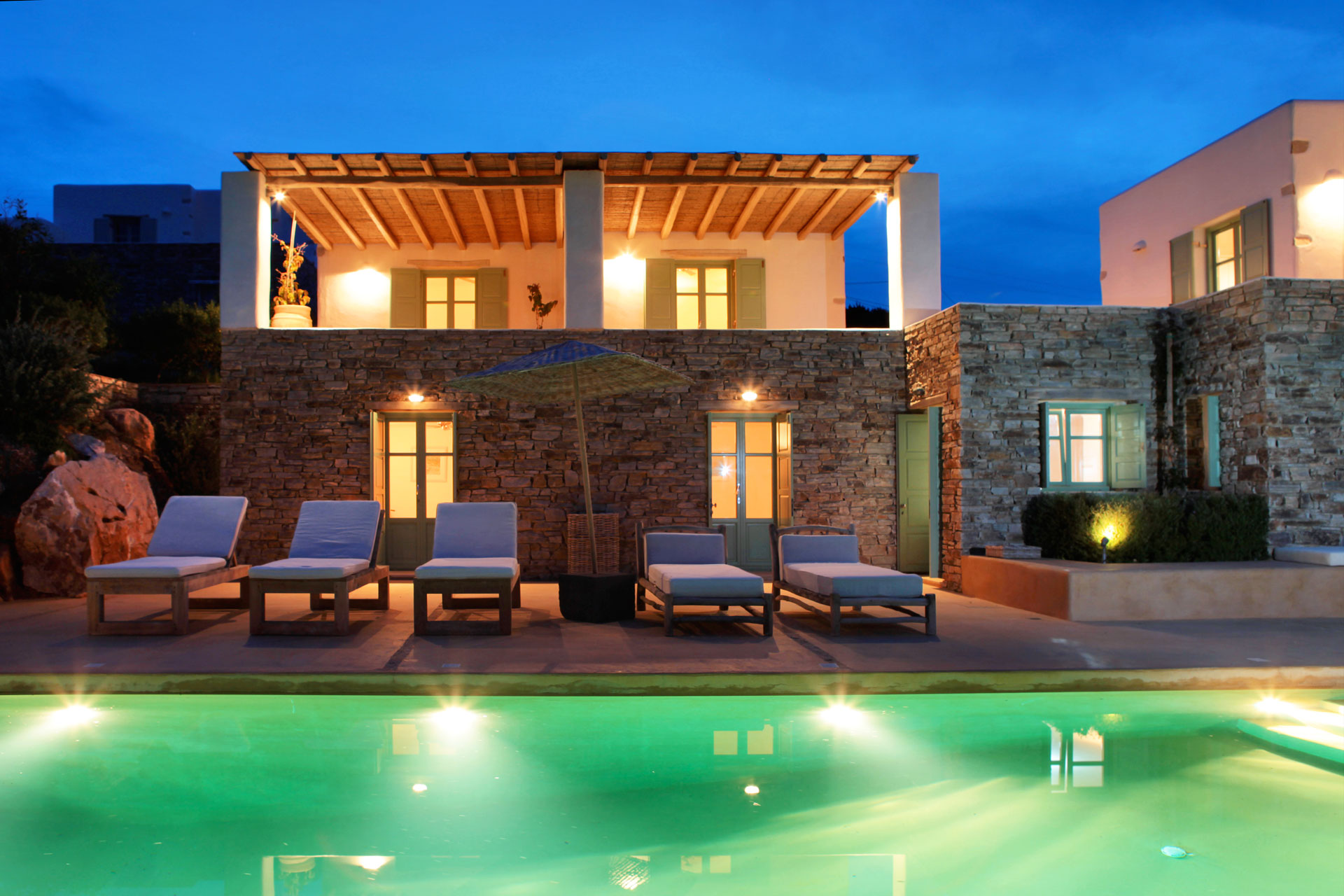 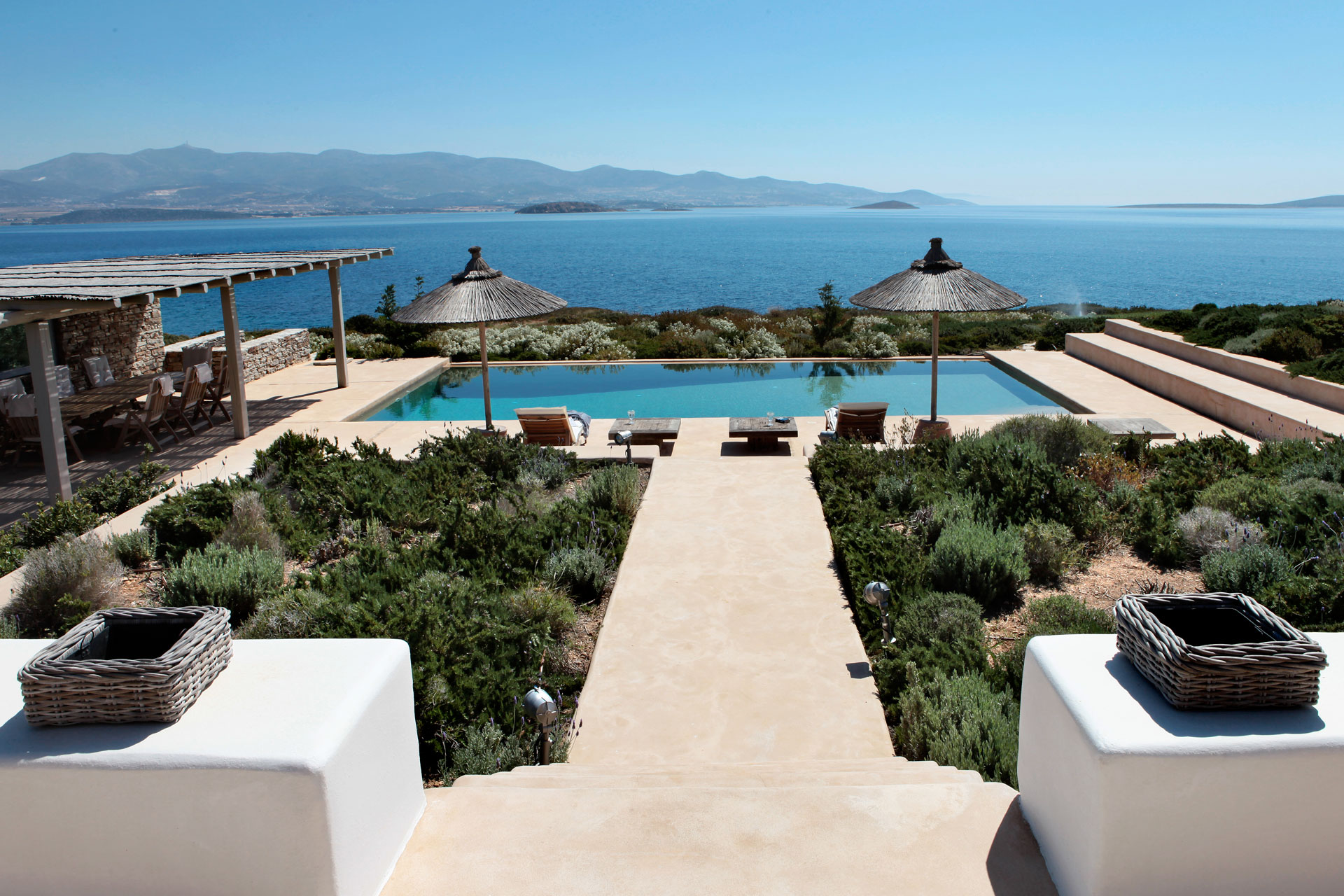 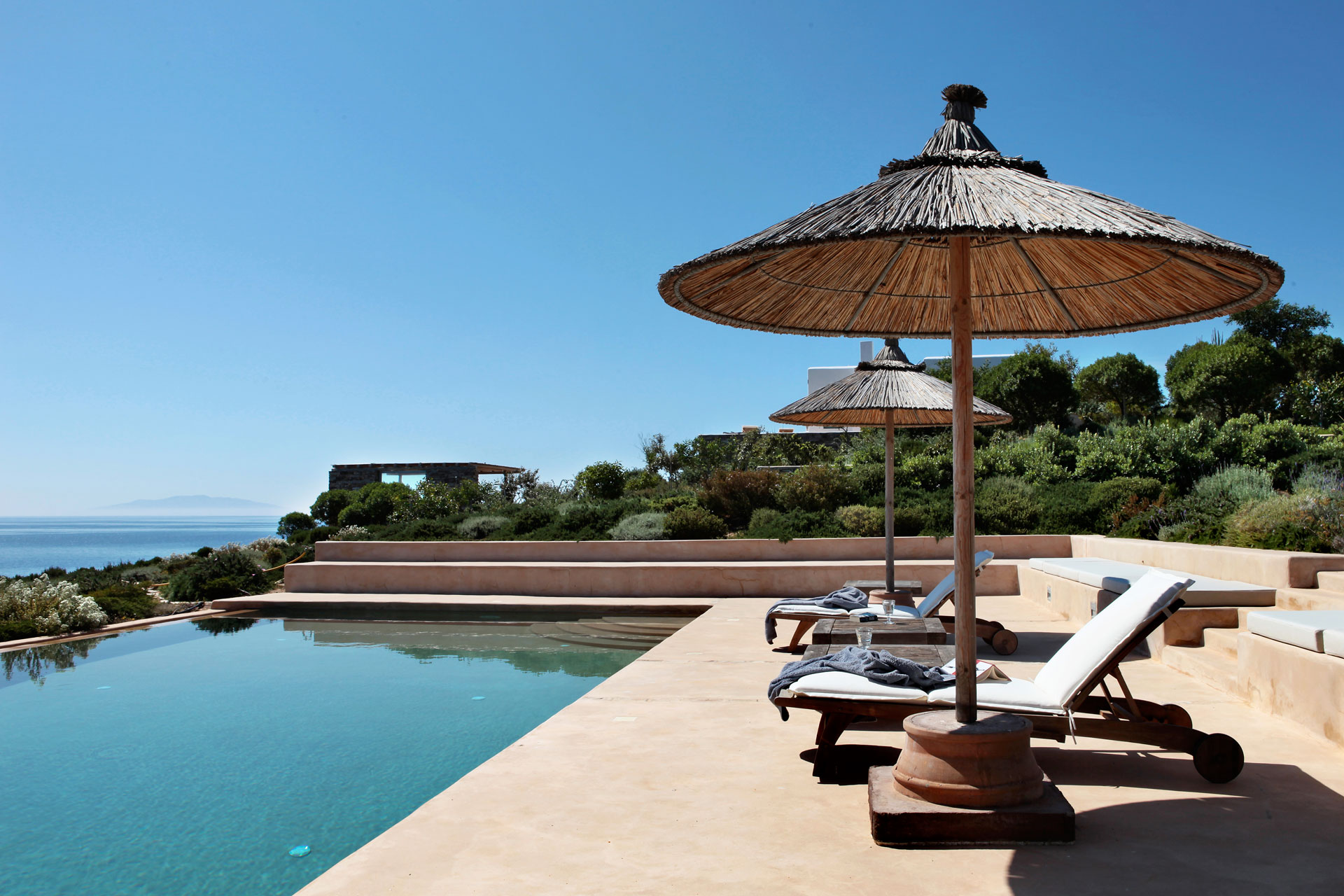 At the heart of the Cyclades, just a few miles southwest of Paros, lies the picturesque island of Antiparos. White-washed houses scattered around the Mediterranean landscape, churches perched on hills and mountains, impressive ruins of a well-preserved Venetian Castle, long sandy beaches and deep blue waters, all compose the setting of this Aegean island.
Within this beautiful setting, at Magganies - just ten minutes away from the island’s port - you will find a magnificent estate. Characterized by the typical Cycladic architecture, this luxurious haven comprises of five independent villas that offer the utmost privacy for a serene and atmospheric stay in enchanting Antiparos.

Despite its fairly small size, Antiparos has a great number of treasures to offer. Due to its geomorphology, the island displays a coastline 57km long with famous beaches, like Psaraliki, Sifneiko, Agios Spyridon, Livadi, Monastiri, Apantima and Glyfa, unfolding one after the other. A few traditional settlements complement the picture, with Agios Georgios, Soros and Kampos being the most popular, while the main village of Antiparos is built within the original fortification of the Venetian Castle that dates back to the middle of the 15th century. Finally, two other attractions of great interest are the Cave of Antiparos, well-known since antiquity till today for its extraordinary stalagmite and stalactite formations, and, Despotiko, an islet opposite Antiparos of major archeological importance, where excavations have revealed relics of a Doric temple dating from 500 BC and several Archaic sculptures.